We bake typical Sienese biscuits and pastries every day…and more! 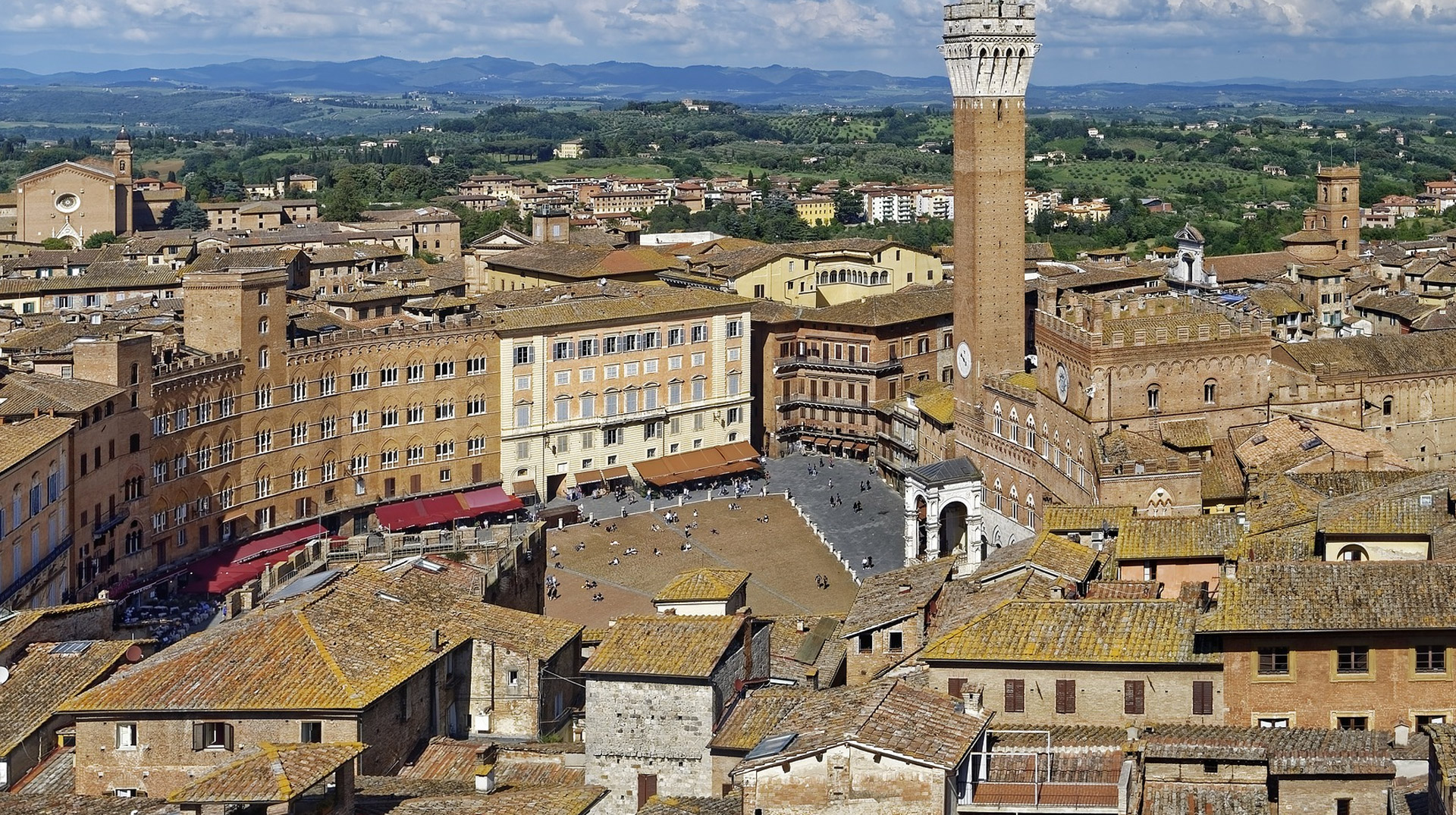 The city of Siena

The city of Siena

A bit of History

City at 322 metres above sea level in the eastern foothills of the Colline Metallifere mountains.

In 1179 the external expansion began which caused the first conflicts with Florence.

Faithful to Frederick II, Siena became the centre of the Ghibelline party in Tuscany and inflicted, with its allies, a serious defeat on the Florentines in Montaperti (1260).

These, after the Ghibelline collapse, took their revenge at Colle di Valdesa (1269).

With the Ghibellines gone, from 1287 to 1355 a Noveschi government  held power, which pursued a Guelph policy and friendship towards Florence.

This period of peace brought great prosperity and a remarkable artistic development of the cities. 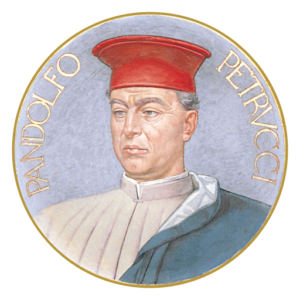 In 1487 (1487-1512) Pandolfo Petrucci, having established a government that represented all the orders, tried to found a principality: the inability of his successors caused the plan to fail (1523).

The Pope and the emperor interjected, Siena effectively lost its autonomy; after the last proud resistance to the Florentines, who had besieged it (1554), and the ephemeral survival of the republic in Montalcino until 1559, it passed to the Medici.

It is one of the most distinguished art centres in Tuscany, and retains its medieval appearance with the famous Piazza del Campo, the Palazzo Pubblico and the gothic Torre del Mangia, over 100 m high.

Renaissance examples include the Loggia della Mercanzia (15th century), the Piccolomini palace and the Palazzo del Magnifico, and the church of S. Martino.

The splendour of the communal era is relived twice a year, in the days of the Palio (in July and August), when the representatives of the 17 districts parade in the Piazza del Campo with their beautiful costumes and banners.

Republic of Siena Republic established in 1487 after a period of tumultuous political changes, resolved with the election of a General Council and a government (balìa), who managed to restore social peace by entrusting noble powers to Pandolfo Petrucci, head of the nobles. The struggles between factions resumed at the beginning of the sixteenth century involving the Pope, Spain and the emperor, who relied on the Medici of Florence. Backed by Spain, it was finally ceded by the Spanish king Philip II to Cosimo I de’ Medici (1557), except for the five ports that formed the State of the Presidia. When the Medici dynasty died out, Siena passed under the dominion of the Habsburg-Lorraine (See Grand Duchy of Tuscany).

Sena Etruriae, this was the name of the first nucleus of the city, became Roman in the Republican period and was a military colony in the Augustan age with the name Sena Julia.  However, the city began its rise during the Lombard domination, therefore, after the government of the Franks and the supremacy of the bishops, it gave itself municipal regulations, was governed by consuls from 1147 and later by podestà and captains of the people. On the side of the Ghibellines, it enjoyed privileges from the empire and was able to expand its trade and banking activities in Italy and Europe. It led a bitter struggle against Florence and its Guelph allies which culminated in 1260 with the victory of Montaperti, followed in 1269 by the defeat of Colle di Val d’Elsa inflicted on it by the Florentines and by Charles of Anjou. During the Guelph government, called “Noveschi”, a period of peace with Florence followed until 1355, during which the most famous monuments of the city were erected. After over a century of political instability and the lordship of the merchant Pandolfo Petrucci (1487-1512) Siena fell under imperial influence until, in 1555, after a terrible siege, it was conquered by the army of Charles V and Cosimo de’ Medici . The territory of the Sienese Republic was thus annexed to the Grand Duchy of Tuscany (1557), with whose fate its was thenceforth entwined.

Pinturicchio Also in Siena, between 1508 and 1510, he painted the frescoes in the palace of Pandolfo Petrucci.

BISCUITS AND PASTRIES
SHOP PRODUCTS
IL MAGNIFICO SIENA
This site uses cookies, including from third parties, to send you advertising in line with your preferences. To learn more or deny consent to all or some of the cookies Read more. By clicking on "OK, I understand ", you consent to the use of cookies.
Ok, I understand
Manage consent

This website uses cookies to improve your experience while you navigate through the website. Out of these, the cookies that are categorized as necessary are stored on your browser as they are essential for the working of basic functionalities of the website. We also use third-party cookies that help us analyze and understand how you use this website. These cookies will be stored in your browser only with your consent. You also have the option to opt-out of these cookies. But opting out of some of these cookies may affect your browsing experience.
Necessary Always Enabled
Necessary cookies are absolutely essential for the website to function properly. These cookies ensure basic functionalities and security features of the website, anonymously.
Functional
Functional cookies help to perform certain functionalities like sharing the content of the website on social media platforms, collect feedbacks, and other third-party features.
Performance
Performance cookies are used to understand and analyze the key performance indexes of the website which helps in delivering a better user experience for the visitors.
Analytics
Analytical cookies are used to understand how visitors interact with the website. These cookies help provide information on metrics the number of visitors, bounce rate, traffic source, etc.
Advertisement
Advertisement cookies are used to provide visitors with relevant ads and marketing campaigns. These cookies track visitors across websites and collect information to provide customized ads.
Others
Other uncategorized cookies are those that are being analyzed and have not been classified into a category as yet.
SAVE & ACCEPT